Why You Should Have Fired Them

Sometimes, a relatively small fleck, one person, that is, inside a large organization can stop the organization from working. One disruptive individual. One imagined victim. One complainer.

Ride along with Mark as he discusses the best way to deal with disruptive employees.

Over the years, I’ve dealt with many hospital CEOs that I thought were criminals. In fact, I’ve dealt with some who were indicted, and, in at least one case, a CEO who later became a longterm “guest” in the Gray Bar Hotel.

But it still amazed me to read last week in a piece in the South Florida Sun-Sentinel about Broward Health, the Florida state-run entity that is one of the nation’s largest health systems, appointing its criminally indicted interim CEO, Beverly Capasso, as its new permanent CEO after a search for a new leader.

It gets even more darkly funny when you take into account the crime for which Ms. Capasso is charged: For allegedly violating, together with two currently-sitting board members, a former board member, and the health system’s general counsel, the state’s open-meetings law in connection with how they handled the investigation and firing of the previous interim CEO!

Yes, I know that we’re supposed to all say, parrot-like, “But she’s innocent until proven guilty!” Sure, but that’s just a rule of law, not a rule of what’s the right move in connection with a health system (a public one, at that) hiring decision. (Or, for that matter, a medical group hiring decision.)

In an era in which compliance with the plethora of laws, rules, and regulations impacting healthcare has become an obsession, what message does Broward Health, or the hospital at which you practice, or your medical group, for that matter, send when its actions contradict its message?

“We expect you to comply with the law and to uphold the highest ethical standards, even if we don’t.”

Or, even worse, “We’re not angels, but if you’re not, your contract is terminated.”

Sure, no one is perfect. But try not to be stupid.

Do you have the governance structure, policies, employment agreements, and other elements required to shift resources and reduce staff as well as expand it in face of shifting needs?

You probably already know that it is my firm belief that hospitals, at least as we know them, are basically dead. They just don’t know it yet. What I mean is that the majority of surgery cases are going to be shifting out of hospitals.

Ride along as Mark talks about some issues pertaining to developing and operating a surgery center.

Ride along with Mark as he tells some important tales about merger deals gone wrong.

Mark discusses how a messed up ASC venture led to a $37 million judgment and what it means for out of network providers everywhere.

Who Are You Hiring an Employee or a Future Partner? – Success in Motion Series

Ride along with Mark as he discusses hiring for the right mindset.

I knew that I had taken the wrong job after my first day at the firm. 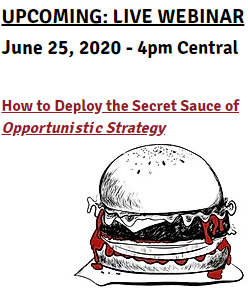