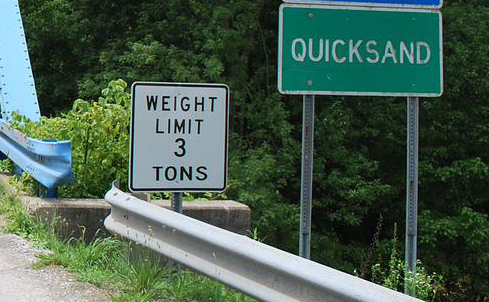 Is Your Medical Group Built on the Quicksand of Deemed False Claims?

An attorney friend was once the subject of a disqualification motion by opposing counsel on the basis that one of his offices was in a suite that didn’t have a Certificate of Occupancy from the local building department. The motion was denied on the grounds, I believe, of being patently ridiculous.

But if the issue involved your billings for healthcare services, the outcome might have been different: All of your claims might have been deemed “false claims” subject to recoupment times a factor of 3, plus monetary penalties of up to more than $20,000 per claim.

That’s the impact of a 2016 U.S. Supreme Court case known as Universal Health Inc. v. U.S. et al. ex rel. Escobar et al., which broadened the basis for turning otherwise valid claims for reimbursement into false claims. It did so by finding that, in some circumstances, an implied false certification can be the basis for False Claims Act (“FCA”) liability.

Here are the highlights and the interesting twist:

Claims for payment from the federal government are wrapped in specific representations about the goods or services provided. For example, the use of a CPT code constitutes a representation that the services underlying that code were actually delivered.

The Court stated that under the FCA, the misrepresentation must be material to the other party’s course of action, but that statutory, regulatory, and contractual requirements are not automatically material, even if they are labeled conditions of payment.

Materiality means “having a natural tendency to influence, or be capable of influencing, the payment or receipt of money or property.”

Of course, this begs the question of how “material” something must be to be seen as material in the context of your billings.

Although the issue involved a question of state law in respect of a state-run program that was not federally funded, several years ago one of my clients had millions of dollars of claims rejected due to the fact that a fictitious name filing had lapsed.

So what, actually, it is material? Consider the following thought experiment:

Last Hospital Before Freeway (“Last Hospital”) is located in State X. State X has a strong prohibition on the corporate practice of medicine. Because it cannot directly employ physicians due to that prohibition, Last Hospital engages in a very common end-run: It controls 287 physicians through a captive medical group (“Captive”), which participates in the Medicare program, both directly and in the form of contracting with Medicare Advantage plans.

Four years and 537,312 claims later, Captive’s former CFO, who had been fired for taking one day over her allotted vacation time, files an FCA case (i.e., a whistleblower lawsuit) against Captive alleging that:

Of course, that example is just a thought experiment. But it might be real at some point soon. After all, there are plenty of potential whistleblowers, plenty of carriers managing federal health care program dollars, and plenty of government agencies, too, and each of them can use litigation as a business weapon.

The take-aways for you: